The year was 1972 and we were as poor as Job’s turkey. Sue and I had made a lengthy trip to the northern edge of the Navajo Reservation and found ourselves in Kayenta, Arizona. It was well past dinner time and we were hungry.

In those days we struggled to survive on less than $250 per month which had to cover our living expenses, travel costs, and whatever incidental expenses came up for running a mission. It did not cover enough.

So, the prospects of finding something safe to eat in those days in a remote spot like Kayenta was a challenge. We turned in to the Holiday Inn simply because there was no other choice. A look at the menu reinforced our fears that this would be tough. Nonetheless, we selected something inexpensive and wondered how we could make things stretch.

The food came, we ate, then asked for the check.

“There isn’t one,” the waitress said.

I thought she meant that it was not ready.

“No,” she explained. “There isn’t a check. Someone already paid it for you.”

“Who?” we wanted to know. We looked quickly around the room to see if we could spot a wave or a smile focused on us. Neither could be seen.

“Oh, just someone who said they wanted to bless you.”

We never have found out who performed such a kind act. And we never forgot.

Now, whoever it was could have easily let us know, could have allowed us to thank them personally, but for some reason they chose to be anonymous. I discovered, as I hope you have too, the absolute joy there is in anonymous giving.

The late Johnny Carson gave away huge amounts of money, especially after he retired. He liked to help, often found recipients through his own research, and wrote checks almost every day. Most of the recipients never had any idea it was from him.

There are some advantages to anonymous giving but if you want or need credit for your gift, i.e. a tax deductible receipt, then you can’t. Some people just need the emotional and psychological reinforcement that comes from the giving transaction (and I am not suggesting anything wrong about this). Recipients, especially recipient organizations are usually careful to acknowledge gifts and issue both thank you’s and receipts.

But anonymous giving has benefits of its own. The focus in an anonymous transaction is peculiarly more on the giver than ever. It is the mystery of it that points to the missing factor and highlights the giver, unknown though they are, more than ever.

I mean, look at the story I opened with. It has been forty years and we still remember both the event surrounding the gift and the unknown angel who gave it.

Plus, it does something really substantial in the giver. There is something about giving because you do that builds inner strength and reinforces all the best about humans as supportive and generous beings. You give, not because you receive anything in return, not even acknowledgement, but because it is the generous and caring thing to do.

Here are what some others have to say on the subject.

Let’s start with Jesus: “So when you give to the needy, do not announce it with trumpets, as the hypocrites do in the synagogues and on the streets, to be honored by others. Truly I tell you, they have received their reward in full. But when you give to the needy, do not let your left hand know what your right hand is doing, so that your giving may be in secret. Then your Father, who sees what is done in secret, will reward you. ~ Matthew 6:2-4

”Blessed are those who can give without remembering and take without forgetting.” ~ Elizabeth Bibesco

So, whoever you are and wherever you may be, to that person back there at the Holiday Inn, you have made a mark in our history at least. Maybe heaven will give us the chance to say what we wanted to back then. You did more than put food on our table; you encouraged us and sent us the message that even though one may work in obscurity in far off places, someone takes notice. Thanks. 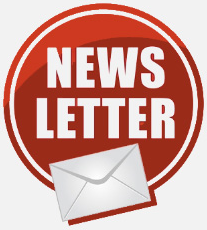 Subscribe to our newsletter today to recieve update on the latest news, tutorials and special offers.