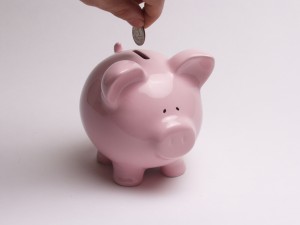 Caroline Gleason* had been out of work for quite a long time. When she finally found a job the wages were competitive but not enough to take to the Cayman Islands. Soon after getting the job she showed up sporting a new tattoo. Not long after that she had another. She told her co-workers that as soon as she got paid she was going to buy yet another.

Leonard Reynolds* and his wife Mary* have five children. He is a construction worker. She works in the medical field but since she is neither licensed nor certified her jobs, and they are always temporary, pay at the lower end of the spectrum. He is out of work often because jobs end and the weather prevents work. Their family does not have and has not had a steady source of income ever. They scramble at the first of the month to find rent money and the car payment.

Alicia* and Trevor Hanson* are newlyweds, just starting out in life. They have no children but do own a dog. She is a beautician, he works in sales. Shortly after getting married they bought two new cars and a houseful of furniture, all on payments. They seem relatively happy working hard during the week and spending weekends having fun. They spend everything they earn and then some living comfortably and having a good time.

James* and Sharon Wynrock* were newlyweds too once. Now they are entering retirement. Over the years they paid into Social Security so they have that as income. But very early in their relationship they realized that Social Security would never be enough to live on. James’ father reached the age of 65 owning neither the car he drove nor the house he lived in. Making payments on both plus the usual living expenses plus daily trips to the VFW hall for happy hour ran James’ father short every month. The Wynrock’s helped out but learned from Dad’s poor planning. They realized they would have to do more if they were to avoid the same fate. So even though they earned very little, they determined to set aside a few dollars every month for the inevitable. The Wynrocks  have entered retirement owing no one anything. They own their home and drive a car that is free and clear. True enough they do not live in a palace nor is their car the latest and best, but home and car are safe, reliable, and attractive. They can eat out once a week or so and have enough put aside to live the rest of their lives in comfort. Oh yes, I should mention that they have enough left over to be able to donate every month to their favorite charities, a pattern they began early on and are able to continue.

Neither Caroline, the Hansons, nor the Wynrocks give anything to anyone. They spend everything they make and borrow more to support their choices. Notice I used the word “choices” deliberately. Why? Because lifestyle and expenditures are not mandatory. They are volitional. (I am not considering here the costs of catastrophes which can and do strike unexpectedly. What I have to say and advise herein would of necessity be tempered by an overwhelming event .)

She is, of course, correct. Her reasoning bears out in real life. Just look at the sad plight of lottery winners, almost all of them from the ranks of the poor who were completely unprepared for the money that suddenly came their way. Check it out here.  Most are bankrupt within two years.

Poor people usually stay poor because of what they do with their money. They think that in order to get ahead you need a large influx all at once.

There are three reasons why that thinking simply is not true.

A lot is made up of bunches of little.

Your ship is coming in to you in pieces. You have to assemble it yourself. I once showed a gathering of Native Americans how they were eating and drinking a brand new car every ten years and they were doing so at the purchase of a soda and a candy bar a day. Small amounts add up to large amounts. Poor people never seem to figure that out.

Here is just one example. When they plan a trip they consider only the out-of-pocket expense for the car – the cost of gasoline. But it costs a lot more than the price of fuel to drive your car anywhere. There is the prorated cost of insurance, maintenance, wear on tires, and depreciation on the price you are paying for it. That’s why in 2014 the IRS allows 56 cents per mile deduction for use of a vehicle in business. You may get 25 miles per gallon and therefore figure that a 200 mile trip costs only 8 gallons of gas. With gas here at $3.42 a gallon that would be $27.36. But at 56 cents per mile the IRS figures you are spending about $112, four times as much as you figured.

The same goes for paying down debt. Paying a little extra on a credit card will accelerate its payoff much much sooner saving you huge amounts in interest charges. Putting even a little aside for the future is another imperative. It should be the goal of everyone to have 6 months living expenses set aside. And you can do it too if you make the right choices. Stay out of restaurants; you absolutely cannot eat out as cheaply as you can eat at home. Avoid themes parks like the plague. Spend the weekend in leisure but you need not spend money to do so. Look at all you are spending and decide now that because a little adds up to a lot, you are going to stop spending on stupid and make a change now.

We don’t have a poverty problem in this part of the world as much as we have a spiritual problem and a values problem.

The Reynolds, mentioned above, have no savings at all saying they cannot afford to save. Yet they just last month put a 60 inch flat screen on layaway at Walmart which they will pay off in 6 months. It’s not that they don’t have a television already, they just want a bigger one. Since they will find a way to pay off the layaway in 6 months could they not simply use the TV they now have and stick away what they will spend on the bigger one. They do not have a poverty issue. They have a values issue. The TV is more important to them ,holds more value for them, than does financial security.

You neither need nor must have as much as you think.

With the emergence of easy credit it is simple now to incur debt. How do you think the credit card companies convince merchants to give them 2%-3% of their sales right off the top (that’s what credit card processors charge the merchants to offer credit card buying to customers)? Because statistically customers will spend 20% MORE when buying with a credit card than when paying cash. You do not have to have the latest iteration of the iPhone. You can live and live well without an Ipad. We have developed habits of expansion and buying that can, if necessary, be changed.

Now, do I care if you buy an Ipad? Not in the least. If you can afford it, after paying your living expenses, setting money aside for the unforeseen and the unexpected, and after giving to help those who are far less well off than you (there are lots of causes), then go ahead. But remember this, there’s a lot more you could do if you don’t spend your money on stupid. And next week I’ll show you just how much.