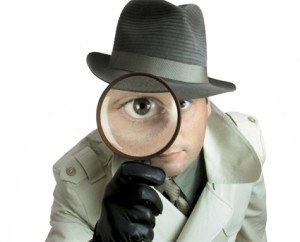 I talk to a lot of writers and wannabe writers. I’ve found that many do not know what to write about, especially in the beginning. There is a writer’s mantra oft repeated that says “write what you know.”

Now some dispute the validity of that statement saying that if it were to be true how could anyone write science fiction? If it were a strict rule, it would disqualify many published authors. But I don’t believe it is a strict rule. I believe what it means is that successful and appealing writers, those whose stories draw the reader in are those whose keen skills of observation and characterization populate their stories with color, charm, and sense of realism. Who among us have not read a story and know someone just like one of the characters.

Writers should write what they know. The late Michael Vance, creative thinking consultant and associate of Walt Disney said that creative people are those who are keenly observant. He encourages us to “read” people, to watch their movements, study their mannerisms, and listen to their speech patterns.

To do so, and to employ what you’ve seen and heard in the characterizations of your story add depth, realism, and appeal. Here’s a snippet from “Shadows at Moonrise Bay,” my recently completed mystery:

Herb hated spending money so miserly he was that he made Scrooge look like a sailor on liberty. He watched over the organization’s budgets and programs with an eye to reduce or eliminate costs wherever he could. Contradictorily, he didn’t mind if you spent money as long as it belonged neither to him nor the organization. He seldom dined out unless someone else was buying. Then he gladly accepted the opportunity to enjoy himself on their dime and ordered from the most expensive items on the menu without hesitation or apology. If he was somehow forced into hosting you to a meal, you could be certain you would be treated to the elegance of two-for-a dollar convenience store hot dogs eaten while standing at a gas pump. Herb’s frugality earned the approval of Roger Cromwell but the resentment of Herb’s wife and just about anyone else who had to endure the double-standard.

Have you known someone like this? I have. Here’s another example taken from the same book (oh, the shameless self-promotion J):

Tilley Webster Cromwell, the queen of RMO, pulled at her skirt the way she always did when someone asked her about her husband, especially if she perceived the inquiry could be taken to cast him in anything less than saintly light. Herb noticed it. One tug at the knee, two in quick succession at the hem, first to the right then down.

She defended her husband’s tardiness. “Oh Herb, don’t you worry. You know how Roger is. He is such a man of prayer. He always goes to a special place of solitude before the service and stays there until he feels he’s ready for whatever God wants him to do in the meeting. He is, after all, the spiritual leader of RMO and needs to be well in touch with the Holy Spirit in order to keep everything on track. So, even if he’s not on our time, Roger is always in God’s time. Not that you aren’t in God’s time. I mean, I was not implying that you or anyone else was somehow out of God’s timing. Even when we’re late we’re always in the timing of God. After all we want to be sensitive to those things now don’t we? Oh, there I said something that could be misunderstood again didn’t I? I am not suggesting that you are insensitive. No, not at all. Why you’re one of the most sensitive people I’ve ever met. Now I don’t mean sensitive in the sense that you’re touchy, not at all. I want to be clear that you are very sensitive but in a good way. But let’s get back to Roger. He is such a sensitive person too, isn’t he? And conscientious! Why he must be at this moment off in a quiet place preparing his heart for the service tonight. With the world in the condition it’s in these days, ministries like RMO are even more vital, so Roger’s leadership is critical. People like Roger live by the guidance of the Spirit and just can’t be constrained by the conventions of men. It’s just too bad that not everyone appreciates his special role…”

Herb tuned her out.  She would proceed with her lecture whether he actually paid attention or not and, right now, Herb’s attention was elsewhere.

People like that, who allow their conversations to be led farther and farther astray because they must explain what they’ve said and justify what they mean are maddening to listen to – and try to talk with – but they add depth and dimension to your story. There is a reason why they call them characters. Who of us have not come away from an encounter with such a colorful person and remarked “What a character that one is?”

This is what “write what you know” means to me. Taking the peculiarities of the people we’ve known and insert them into our own characterizations. So the next time you’re struggling with what to write about, when you want to fill your story with characters that are not wooden.

Here’s a practice exercise. Find someone somewhere today to “read.” Without being obvious, study their mannerisms, speech patterns, and setting. What can you use in a characterization in your story? Write what you know.