The following is a guest post from my long-time friend, Pastor David Fritsche of Reno, Nevada. I encourage you to check out his blog Dimensions of Grace.

To Kill A Hummingbird 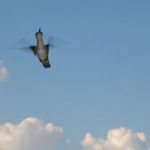 I just woke up and staggered, as I usually do, to the bathroom to start my waking day. All of a sudden Linda rushed in to tell me to “come quick!” I rushed to see what she was concerned about to find a hummingbird in the bedroom, perched on the ceiling fan, which was off – fortunately for the bird.

I got the trusty broom to shoo it out of the room through the opened patio door, but the poor thing didn’t seem to get it. We have had other birds come in and the trusty broom never fails to herd them to the open door and freedom, but, being it was a hummingbird, this was a new experience. He did not seem to be able to see the opening and was constantly flying up to the ceiling. Unfortunately, the door is not ceiling height, being the standard 6’8″ high in a room with a 10′ ceiling. Try as I might, I could not herd the poor thing to the opening. He was too fast and I was too slow. He was young and I am old.

So, I stepped up on the bed and tried to grab it in my hand, but he was too smart to allow that, even if he was too dumb to see freedom, open and available just a few feet away. Then it dawned on me! The fishing net! That would work. So I went to the shed, climbing up on the step to retrieve the fishing net from the top shelf. No, I did not fall. I am smarter than a hummingbird, at least sometimes.

Back in the bedroom, I crept up on the little fellow, who was again perched on the blade of the ceiling fan. I moved carefully and steadily then caught him in the net, only to see, to my astonishment that he flew through the netting. It seems that a hummingbird is much smaller that a trophy trout. What to do???

Finally, Linda came up with one of our grandson, David’s, toys – an insect net, about 4″ round. The handle was far too short, but I gave it a try. The little fellow darted this way and that, but there was no way to catch the tiny creature in the expanse of the room in a 4″net with a short handle. Taking the fish net back to the shed, I looked around and saw nothing that I thought adaptable to the situation. When I returned, Linda had fastened the insect net to a coat hanger, but when I raised it in the air, it fell off.

By this time I had tried everything I knew to free the little bird, but his automatic response to any object was to fly higher, hitting the ceiling and missing the open door. Then another idea hit me. I did not have any small mesh netting with which to fabricate a net, but I did have clear plastic garbage bags. It came down to the garbage bags or a shot gun and Linda would not let me use the shot gun. Now I love creatures, as most of you know – all kinds. So I talked to the little bird and tried to calm him, then left him alone while I went to fabricate my last invention and last hope.

I pulled the coat hanger into a circle, then pulled the plastic bag through the wire circle, taping it in place. Next I taped the coat hanger end to the end of the trusty, never failing broom handle. Creeping stealthily back into the room I once again approached the fan blade the fellow was perched on, and slipped the loop and bag over the blade and bird. Ah Ha! It worked. He was in the bag. Twisting the loop one time to secure him in the bag, I rushed to the open door, turned the broom handle releasing the twist in the bag and – finally, he flew through the opening to freedom.

I joked with Linda about the little bird drawing his children and grandchildren together and telling them the stories of the giants who trapped him in their house, then tried to kill him by various means, until he finally outwitted them by escaping from their final means of torture. Free at last.

I suppose it was not the most significant event in my life, but it may have been for the hummingbird. It was interesting however, when I thought it over to think that possibly we are much like that bird. We have preprogrammed escape mechanisms, which do not always work. We blame the giants, the devil and the politicians for our plight, when in reality, God has provided a door of escape just a few feet away. The problem is knowing how to relax and trust that God is not out to kill us but to set us free.

We seem to be trapped, more by our own minds than by reality. We flail about, frantically wrestling with the illusions of power in our world, the economy, the job, the state of the world, the… you name it! Then comes the realization – the structures of this world are an illusion and the powers that be, do not really control us, except through our own ignorance of the door just a few feet away!

Fly free! You can do it!