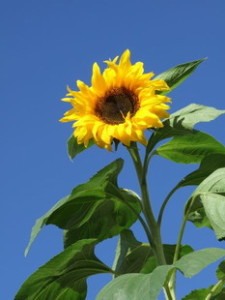 In America we live in a culture of youth. The values of youth – one’s appearance, stylish apparel, cool accessories, and the like are promoted mercilessly from every media outlet. While this is not altogether bad neither is it complete.

For those of us who have lived more than three decades, we have discovered (0r at least I hope we have discovered) that there is more to beauty than appearance, more to acceptability than apparel, and certainly more to life and living than the latest and greatest accessory. I-pads, eye shadow, and Izod notwithstanding, I find it refreshing to find others who recognize the worth of enduring love and affection between two people.

In 1808, Irish poet Thomas Moore wrote the words to a traditional Irish air. His wife contracted smallpox then she refused to let herself be seen by anyone, even her husband. It seems that the disfiguring effects of the disease to the skin on her body affected her self-worth. She just could not accept that her husband could love her when her looks had so radically changed.

Despairing at her confinement and in turmoil over his wife’s sadness, Moore composed the lyrics of this song to reassure her that he would always love her regardless of her appearance. He sang it to her from outside her bedroom door. She finally allowed him inside and fell into his arms, her confidence restored.

Here is what he wrote.

Believe me, if all those endearing young charms,

Which I gaze on so fondly today,

Were to change by tomorrow and fleet in my arms,

Thou wouldst still be adored, as this moment thou art,

Let thy loveliness fade as it will;

And around the dear ruin each wish of my heart

Would entwine itself verdantly still.

It is not while beauty and youth are thine own,

And thy cheeks unprofaned by a tear,

That the fervor and faith of a soul can be known,

To which time will but make thee more dear.

No, the heart that has truly loved ne’er forgets,

But as truly loves on to the close:

As the sunflower turns on her god when he sets

The same look which she turned when he rose.

You can hear the song here. If you have a slow internet connection, click on the II (pause) button until the entire video loads, then click  the play button.