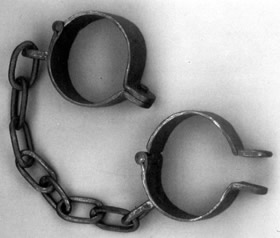 Most of us with Irish surnames likely thought that our ancestors immigrated to the Americas as a result of the famines in Ireland, the most infamous of them being the potato famine of the 1840’s. From 1845 to 1852  Ireland’s population fell by 20%-25% as a million or so made the journey to the States.

As an American by birth but Irishman by ancestry I have always been curious about how my family got here. Research has failed to turn up anything definitive. I lost the trail in the Carolinas. But there’s no surprise there. Few records were kept in those days unless one was a property owner and apparently my forefathers were like most Irish men and women who scarcely owned the clothes on their backs.

What I did discover, however, is something so disturbing I have hesitated even writing about it because it is such a sad, even horrifying story. No, I did not discover that one of my ancestors was a serial murderer or a depraved swindler.

I did discover that it is possible that the Dunigans just could be the descendants of slaves.

Most of us, when we hear the word slave or slavery will immediately conjure an image of a black man or woman having been taken from their home in Africa (most came from west Africa, the side of the continent nearest the Americas) and transported in horrible conditions to be sold in a slave market in one of the southern ports on the continent or on a Caribbean island. Indeed, this is an undisputed fact and nothing in this article today should ever be taken to minimize the horror and immorality of that.

Bu preceding and coinciding with the African slave trade another, less known but no less immoral slave trade flourished in the New World. It happened like this.

It started with Queen Elizabeth in the 16th century but gained steam as the 17th century dawned when King James I of England embarked on a systematic plan to rid his dominion of the Irish. For some time the British has engaged in genocide and banishment. Some Irish had fled into exile, but there were still too many of them and King James wanted them gone.

The first recorded sale of Irish slaves was in 1612 to a settlement along the Amazon in South America. Many scholars will agree that the slave trade began before that but because the Irish were regarded as unimportant, record keeping was not a priority. In 1625, the King issued a proclamation that all Irish political prisoners were to be taken to the West Indies and sold as slaves to the planters there. The 1637 census of Montserrat reveals that 69% of that islands inhabitants were Irish slaves.

Ireland is a North Atlantic island with a cold, rainy climate. The West Indies tropical climate is hot, sunny, and humid. The Irish were not as well suited as African slaves but the Irish were free, they could be kidnapped or taken from prisons whereas Africans had to be bought. Sadly, an Irish slave would cost a planter about only about 5 pounds but an African 50. The Africans were treated better because a loss of an African slave was a significant financial setback whereas the loss of an Irish one was much, much less.

Shipping political prisoners was the only expense since the crown wanted them gone. If there were not enough Irish “political” prisoners the British simply reclassified petty criminals as political and shipped them off too.

In 1641, the Irish rebelled in Ireland and tried to throw off the British rule. The rebellion failed. In the 12 years following, the Irish population fell from 1,466,000 to 616,000. 550,000 were simply killed. 300,000 were sold as slaves. When women and children were left destitute because husbands and fathers had been killed or sold, they were rounded up and sold too.

When Oliver Cromwell became the British Prime Minister things got even worse. In the 1650’s thousands more were killed and many, many more sold into slavery. Why? Because they were Catholics! England was Protestant and regarded Catholics not as Christians but labeled them Papists. More than 100,000 Irish children were taken from their parents and sold as slaves, many of them to planters in Virginia and New England. From 1651 to 1660 there were more Irish slaves in America than the entire free population of the colonies.

In 1652, Cromwell began what I call the Irish Holocaust when he called the Ethnic Cleansing of Ireland. Whatever one labels it, it was outright genocide.  Cromwell decreed that all Irish were to resettle west of the Shannon in an arid and uninhabitable part of the island or be transported to the West Indies. The Irish refused to move because it would mean certain starvation. The law, published in 1857, read:

“Those who fail to transplant themselves into Connaught  (Ireland’s Western Province) or County) Clare within six months… Shall be attained of high treason… Are to be sent into America or some other parts beyond the seas…”Any who attempted to return would “suffer the pains of death as felons by virtue of this act, without benefit of Clergy.”

It was not considered a crime to kill the Irish who refused to move and soldiers were encouraged to do so. But the slave trade meant money, so why kill when one could sell. By the time Cromwell passed from the scene, at least 100,000 Irish men, women, and children were sold to the American colonies. The earliest record of Irish slaves being sold to the colonies is in 1620.

Urchins were swept up from London’s streets to labor in the tobacco fields where life expectancy was no more than two years.  Brothels were raided to provide “breeders” for Virginia. Hopeful migrants were duped into signing as indentured servants, unaware they would become personal property who could be bought, sold, and even gambled away.  Transported convicts were paraded for sale like livestock.

In 1742, a document entitled Thurloe’s State Papers, published in London, opined that:

“..It was a measure beneficial to Ireland, which was thus relieved of a population that might trouble the planters; it was a benefit to the people removed, which might thus be made English and Christians … a great benefit to the West India sugar planters, who desired men and boys for their bondsmen, and the women and Irish girls… To solace them.”

Do you know what “solace” means? It does not stop at being kind and pleasant conversation. It means they were the sexual playthings of the British planters.

According to Sean O’Callahan, in To Hell or Barbados, Irish men and women were inspected like cattle there, just as the Africans were. In addition, Irish slaves, who were harder to distinguish from their owners since they shared the same skin color, were branded with the owner’s initials, the women on the forearm and the men on the buttocks. O’Callahan goes on to say that the women were not only sold to the planters as sexual slaves but were often sold to local brothels as well. He states that the black or mulatto overseers also often forced the women to strip while working in the fields and often used them sexually as well.

There is the sticky problem of so-called indentured service. Typically this meant that a person would commit to working for 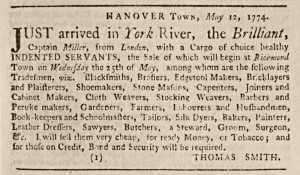 someone who paid their indenture for a period of time then be released. Most indentures were for ten years, but savvy, if depraved owners found a way around it. According to the law, if an indentured woman had a child or children while indentured, she would be permitted freedom at the end of the period BUT her children would not. Most Irish women simply stayed on refusing to abandon their children. So, after 1625, “indentured” means slavery.

The British planters would breed Irish women with African men to produce a lighter-skinned mullato slave. Oddly this practice was outlawed in 1681 not because it was immoral but because it cut into the profits of the slave traders. I mean, the British planters were no dummies. Why pay for more slaves when one could simply raise them on the plantation. After all, slaves were chattel, mere objects of ownership.

The Irish holocaust tapered off after the defeat of King James II in 1691, it sadly picked up again after the Irish rebellion of 1798. Once again thousands of Irish “political” prisoners were sold off to the Americas. No Irish slave in the West Indies or the American colonies ever made it back to Ireland.

1 thought on “The Irish Holocaust”