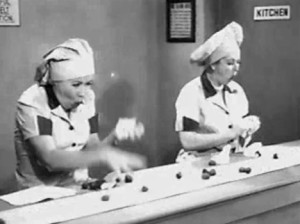 I had such great plans, so carefully considered and plotted. With the Christmas holidays approaching, I intended to take about ten days over the holidays to tackle some projects in the garage, around the house, in the yard. Where we live in Florida, just north of the Caloosahatchee River, the temperatures are almost always very pleasant even in what passes for winter here. So, even if it was cold (for Florida) there were things I wanted to get done inside. Once those maintenance tasks were done, then it would be back to the keyboard and the launch of a new year’s worth of objectives.

And then there was the publication of my latest book, Shadows at Moonrise Bay. I scheduled the launch just before Christmas and planned a full schedule of promotion. Wanna read the first 4 chapters free? Download your copy here.

Finishing the book seemed to unlock another burst of creativity. Within a few hours I laid out the plot lines, characters, and themes for four more novels (three set in the Caribbean, one in Portugal, the U.S., and the Bahamas) and one non-fiction book.

Next came a quick word count estimate, 60,000 words for three of the novels, 80,000 for the fourth, and 50,000 for the non-fiction book. To reach the goal of completing allprojected 310,000 words in one year I need only write 1250 words a day five days a week 50 weeks a year. Weekends off and two weeks for writing little or nothing frames out a full-time job.

I became genuinely excited at the objective. After all, none of us are getting any younger and when we have so much to say, it’s imperative to get on with it.

Then, it all came to a halt.

I know the signs because I’ve been through them before. I could tell something was not going to go well. By the day after Christmas, I had the flu and spent the better part of the next two weeks confined to the bed at worst, the house at best.

My well-laid plans and bright ideas simply stopped. 1250 words a day was impossible.

But the plans did not disappear. They merely stalled for a while.

Here are the 5 lessons I want to extract from this

So, how are you doing so far this year? Twelve months from today you’ll look back and either wonder what you did with those 12 months or look with wonder at what all you got done.

1 thought on “Off to a slow start this year? 5 Lessons I learned from getting a late start.”