“It is with words as with sunbeams. The more they are condensed, the deeper they burn.” ~Robert Southey 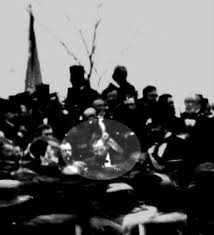 Perhaps the greatest challenge faced by the wordsmith is brevity, to never use two words when one will do. Writing by pen and paper somewhat facilitated brevity but word processors make it simple and easy to church out thousands of pages.

But gifted communicators know that less is more. No more striking contrast may be found than that which occurred 150 years ago today. On November 19, 1863, crowds gathered to dedicate the Union cemetery at Gettysburg, Pennsylvania. The featured speaker was Edward Everett, celebrated diplomat, clergyman, and orator. President Lincoln had been invited almost as an afterthought. Everett spoke for almost two hours.

Lincoln spoke for two minutes. No one remembers anything Everett said. Lincoln’s speech has become one of the most famous in history. The video clip below is by Ken Burns, producer of the PBS series The Civil War. Watch it and see if you don’t agree that “the more words are condensed, the deeper they burn.”