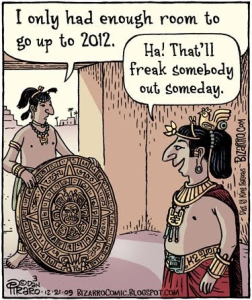 While many others have posted very compelling comments on yesterday’s apocalypse, I think there’s room for a more lighthearted look at what was supposed to happen but didn’t.

Well, I’m glad to still be looking at the right side of the grass. Hope you are too!