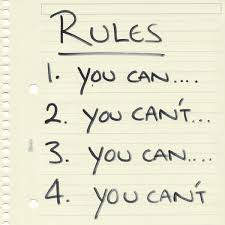 “Tell them,” he said, “Tell them going to the rodeo is against the Bible.”

I was teaching a class at a Navajo church. It was the dead of winter and fiercely cold. The wood heater used to warm the room couldn’t begin to overcome winter’s assault upon the classroom. This was a class on the Book of Hebrews and I was emphasizing the theme of the book – BETTER. In Christ we have a better covenant, one free of the law which confounds, confuses, and condemns.

It was the pastor, who took the class along with several of his parishioners and leaders, who asked me to caution those present that participating in a rodeo brought disfavor from God. In the Navajo culture, rodeos tend to consume one’s life. Every available minute along with every available dollar is spent in pursuit of the enjoyment rodeo brings. The pastor saw it as a consuming vice and wanted to make sure my message of grace did not override the necessary impediment of a strong warning from the pulpit to forsake such wasting pursuits.

I could not, in good conscience, meet his expectations. I could not tell a group of learners that God, sitting in His heaven, found rodeos to be evil and unacceptable. One might be overwhelmed by the enjoyment and excitement a rodeo brings. But the same could be said of baseball, dance clubs, television, or whatever. The problem is not the rodeo, or any other engagement. The problem is not whether some act of behavior is acceptable or not to God. It has become complicated because God’s list of acceptable acts has been fabricated by people who decide to speak for God and emphasize what they think God finds acceptable or not, emphasis on not.

I grew up in a church which forbade us to go to a movie theater or even a miniature golf course. That those same people will rent a movie that was shown at the theater we were forbidden to attend only a few weeks prior is only incidental to them. There were many more rules of behavior to which we were expected to conform. Merely uttering the expletive “darn” would consign one to the lake of fire should it go unrepented of before death. The complicated list of taboos was confounding, confusing, and left its victims feeling condemned.

Some years later, during my Navajo years, we were visited by the senior pastor of a church that had sent out missionary friends of ours. The first evening, as we sat after dinner, he got up from his chair and announced he was going to bed. “I get up at 5 to pray,” he announced. “I have to keep my ticket paid up,” he explained.

Not being one to let an opening like that pass, I countered, “Jesus paid for mine.”

One of the contractors with whom I have worked is a fervent, fiery Pentecostal believer and aspiring preacher. In one conversation the subject of smoking came up. I suggested that if a Christian smokes he not only gets to go to heaven, he gets to go there sooner. My contractor friend disagreed. Smokers, as far as he is concerned, do not go to heaven. (That leaves Charles Spurgeon, one of the 19th century’s great evangelists, and a regular pipe smoker, standing outside the gates.) A couple of days later the contractor telephoned me to say he had told a potential client something that was not quite true and wanted me to back him up because he had given my name to the client as a reference. “So,” I said, “smokers don’t go to heaven, but liars do?” His rules of acceptable behavior disallowed smoking but allowed misrepresentations of the facts.

It is either grace or it isn’t. There are no valid or workable hybridizations of grace and law.

All of them end up with rules that emphasize someone’s particular point of view at some particular point in time as to what God considers acceptable. The result is to emphasize certain things, find choice verses to substantiate it while ignoring others. Indeed, the rules they canonize hold the strength of religious fervor and become self-validating. Over time the triviality of those rules always becomes obvious. Someone asked Jerry Falwell once what he thought about physical fitness. His reply is a classic one.

“I don’t think God gives a flip one way or another.”

Well, when it comes to movies, miniature golf, rodeos, county fairs, or whatever, I don’t think God gives a flip one way or another either. Behavior, and the actions we pursue as individuals, can never hope to satisfy the rules, regulations, and criteria that follow the whims of those who would consider themselves spokesmen for and explainers of God. Any and every attempt to speak for and explain God inevitably reveals the particular point of view of the spokesman and explainer.

Conformity to rules cannot make me or anyone else acceptable to God. We need not be concerned whether what we do is accepted by the beloved because we are accepted in the Beloved. I need not worry whether my ticket is paid up because it has already been paid for and grace cancels any and every debt. In grace there cannot be any unpaid balance. Paid in full means paid in full.

It is either grace or it isn’t.

For another article on this subject check out this article here.