“Each day is a special gift from God, and while life may not always be fair, you must never allow the pains, hurdles, and handicaps of the moment to poison your attitude and plans for yourself and your future. You can never win when you wear the ugly cloak of self-pity, and the sour sound of whining will certainly frighten away any opportunity for success. Never again. There is a better way.” – Og Mandino 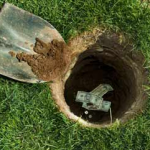 Lee Iacocca, the man credited with developing the Ford Mustang, was the obvious choice to be the new head of Ford Motor Company was instead fired. The man who developed several great cars including the Mustang should have been rewarded with the chairmanship was fired. He could have wallowed in self-pity but he didn’t. It was a rotten deal, but it was the deal he got. So, he played those cards, took over Chrysler, brought it back from the edge of collapse, and made a name for himself.

You have no control over the hand dealt to you, but you can control what you do with them. We tend to bemoan the cards we do not have when there really is no choice but to play the cards we do have.

Your resources may be less than or greater than someone else’s. What they have is of no consequence. An indicator you are growing up is when you can acknowledge and accept the conditions that exist. Then you can find a way to plus them.

You have more than you think and there is more to you than either your circumstances or your checkbook reveal. You worth as a person cannot be measured by external piffle like the shoes you wear, the car you drive, or your address.

Comparisons usually lead to envy, covetousness, resentment. Do not concern yourself with what anyone else has. It is human nature to fixate on those who have more than we do, not less.

Trying to find the reason behind unfairness is a waste of time, energy, and brain power. It just is. Don’t analyze it, exploit it, deal with it.

Winners never make excuses. In the parable of the Talents in the gospels, a wealthy man prepares to leave town for awhile and distributes some of his wealth to people who work for him. One man he leaves with five talents (a “talent” is not the ability to sing or dance, it is a measure of money. Five talents is a lot).  Another he gives two, to a third but one.

When he returns he asks for an accounting of what was done with the money he left with them. The man who received five had done well doubled the investment as did the man who had received two. But, the man who received but one did nothing with it except return it unused. He must have thought that it was unfair he did not get two or five like the others but at least he didn’t lose it. The wealthy man was not happy. He took that one talent away and gave it to the others. The he says something that has been quoted and requited for two thousand years – “To him that has shall more be given.”

So, have you? Or are you focused on what another has that you don’t? I wish everyone had the same. But they don’t. They aren’t going to. No government or entity can make it so regardless of what they promise. Life does not work that way.

Let me finish with a quote by the late Erma Bombeck, the talented columnist from Arizona who wrote:

When I stand before God at the end of my life, I would hope that I would not have a single bit of talent left, and could say, “I used everything you gave me.”

If you want to be happy for the rest of your life you cannot spend even one more minute feeling cheated, left out, disadvantaged because life has been unfair. Look at the cards you have, the talent you’ve been given, and make it a winning combination.