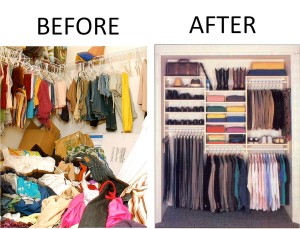 Tomorrow is our community-wide yard sale. We live in a gated community of about 1300 homes and the sale is for residents only. The rules are fairly rigid but not draconian so that’s okay with us. It is supposed to begin at 8 a.m. but since everyone here is over the age of 55 there is no doubt it will begin sooner. After all, yard sales always attract the early birds and these are people who mostly get up early anyway.

It’s time for a good clear out as the Brits would call it. What doesn’t sell can go back inside or out in the trash or recycling next week. None of the homes here are especially large. We have one of the bigger ones and it’s just over 1700 square feet, most are 1200 square feet or so. Inhabited by folks who either use this as a winter residence or who have downsized already, there is little room to spare.

But stuff has a way of accumulating. For some reason many are reluctant to throw things out or send them to a new home with someone else. We tend to attach some value to items which actually have little or none. It begins to pile up in closets and garages, under beds, and back in the far reaches of cupboards. Some, gasp, even rent storage units in which they put those “valuables”.

BTW, don’t you just love the name of those things – self storage units? I mean, do they really expect you to check yourself in for a little quiet time?

I’ve been to a few sales at storage units and rarely did I see anything that would be worth even one month’s rent on the space. But lestI launch into a tirade on the perils of foolish spending, let me get to the point of this article – how to create something out of nothing and make more out of less.

The principle is simple. Order creates something out of nothing…even if you get rid of not one item.

Take your shed or garage or closet or cupboard or even a desk drawer. Over time stuff gets taken out, moved around, piled back in. The result is called disorder. It means randomness, no particular system or method.

So stuff is just piled here and there and soon there is no space left at all. But what happens when you take the stuff out then put it back. You create order out of chaos and voila, there is space where there was none. You are not a divine being who simply commanded the creation of space. You did, however, take something without form or system and create something that was not there before. You will have created something out of nothing.

You can create more something out of nothing by disposing of unused and unneeded items along the way. Go into your closet and look at the clothes hanging there. How many items have not been worn in, oh say, 6 months? A year? Longer than a year (gasp)?

Yes, I know you’re going to lose those few extra pounds so some of them will fit. Yes, I know you paid a lot of money for them and it seems a shame to just toss them out. But someone can use them. There are consignment shops, thrift stores, even mission agencies that can benefit from them.

If things at your house are really disorderly, the task may seem too big. No problem. Forget everything except one drawer or one cupboard. Just one! Tackle it first. Do another tomorrow or the day after.

By now, some are asking why bother. Because clutter of stuff does something to one’s soul, disturbs ones spirit. I am not a feng sui person but I do recognize the negative effects disorder and chaos have on the human psyche. I’ll write about this later because I don’t want to get too intense here.

Let me just make one comment and then I’ll be done. The stuff we scatter here and there over time should be evaluated as either something you love or something you use. If it is neither, well, you know by now what you should do.