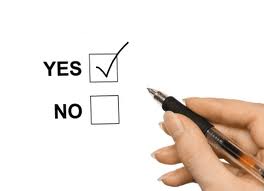 When we lived in the islands we met more than one person visiting there from the mainland who seemed amazed that we had moved there from Arizona. “You are so lucky,” they would assure us.

Well, luck has nothing to do with it. I am always amazed when I encounter folks who live day after day after day in a set of circumstances that seemed to have just happened to them and they let those circumstance determine the scope and sequence of their life.

They are stuck in a job they find boring, under paid, or a dead end. They live in a city or in a location but dream of living in the mountains or at the beach, somewhere, anywhere other than where they are.

Circumstances and situations are, for the most part, not pre-ordained. They can be changed. People change them every day. The rut into which they have settled has become a grave open at both ends.

It is only those who understand the fleeting nature of life and its events that can take advantage it ifs opportunities and avoid most of its perils.

At the risk of offending those who believe that each decision, each action must be guided and directed by God, let me challenge that thinking. Pastor David Fritsche tells this story:

As the district overseer for his denomination, he regularly met with the pastors of churches under his care. One man voiced a desire to relocate somewhere. Dave agreed to prayerfully consider the options open to him and meet again a few weeks later.

When they did reconnect, Dave asked the man what he thought he should do. The man said, “I have a rather unusual response. I believe that God told me to do what I want and He would support me in it.”

I actually believe he was correct. You see, we can either take responsibility for our own life and make decisions, well, responsibly or we can blame someone or something else. Worse, we can simply become numb to opportunities and actions that could be taken.

Were we lucky to be able to live in the Caribbean? No, but we were fortunate to have made the decisions and taken the actions that made living there possible.

If I may, let me share with you the 8 principles of getting what you want, emphasis on what you want. (If you are a Christian and still having trouble with this both conceptually and practically, maybe you can take solace in assuring yourself that the desires of your heart can be synonymous and synchronous with God’s. Write me if you want to discuss this more.)

Principle #1 – Stop waiting for someone to give you permission to want what you want. I am assuming here that your wants are neither felonious nor depraved but that you want what most people want – a good life filled with peace, provision, prosperity, and good people. Do not be so concerned with the minutiae of living. There really is no need to get God’s or anyone else’s permission take life by the handle and make it work for you. This requires you, yes you, to take responsibility for yourself and those who look to you for guidance and support. Let me recommend a really good book I’ve had in my library for years. It is “Shut Up, Stop Whining, Get a Life: A Kick-Butt Approach to a Better Life.” You can get it on Amazon . Larry Winget, the author, says what I’ve been saying for decades. The choices in life are yours. Man up and make them. Man up and live with them. If you don’t like what you’re doing, where you’re living, how your life is going, then do something about it, but stop waiting for someone else to give you permission to want what you want.

Principle #2 – Most things do not work out as expected but what happens instead are the good things. Successful people, even very religious ones, make plans. But no matter how well plans are thought out they never survive contact with the real world without some alteration because they are subject to unforeseen events and the independent will of others. Learn that adaptability is a vital component of successful living. Rigidity will narrow your options, restrict your choices, and lessen your satisfaction. Resignation, the act of giving up and settling for less, is not adaptability. It is surrender.

Principle #3 – You can get anything in life you want if you help enough other people get what they want. This has to be my favorite quote from the late Zig Ziglar (books by Zig). Now I want to make it clear that this is not a magic formula and not meant to be one. It is the revelation of an attitude about living. It reveals a lifetime and a lifestyle of serving others, of connecting with others so that your generosity and contribution are left after you have passed by. Some people are draining by their very nature. Others leave you energized and invigorated after they’ve gone. Selfish and self-centered people never get what they want because no sooner do they get it than they want something else. You, however, are different. You have identified what you want and because you are a giving rather than a selfish individual, the corporate prayers, wishes, and participation of others are yours already.

Principle #4 – Be authentic. Most people try to be like someone else. Oprah Winfrey stated, “I had no idea that being your authentic self could make me as rich as I’ve become. If I had, I’d have done it a lot earlier.” If there is one downside to the structures and institutions of life is that they tend to create clones, people who think, act, speak, and believe alike. Break free of the herd. Climb out of the rut.

Principle #5 – You are never too old. One of Sue’s classmates in college decided she was going to Kenya as a missionary. The problem was she was a widow well in her 60’s. Others tried to talk her out of it. But she went…and she was successful! If seems the older we get the more cautious we become. The “what ifs” overwhelm us and we stay settled in to what we’ve found to be secure and predictable. Perhaps you want to go back to school and get that degree you always wished you had. Perhaps you are concerned about the time it would take. After all, you’ll be four years older by the time you get that degree. Let me ask how old you will be in four years if you don’t go back to school? Well, the same applies anywhere. You won’t be younger in the future.

Principle #6 – Don’t try to go it alone. Take someone along. HGTV aired a series some years ago called “The Good Life.” In one episode an artist was profiled who had finally fulfilled his dream. “Unfortunately,” the narrator said, “along the way to the good life his marriage did not survive.” Now I ask, you, just how good can that be? Getting what you want almost always includes more than an item or a dollar amount. Perhaps you cannot see it fully from where you are now, but I can assure you that the ownership of things will ultimately be very empty if you acquire them and forsake others. That tropical island or mountain valley will be very lonely if you’ve not brought someone along who won the prize with you.

Principle #7 – He who risks nothing has very little and gets only what someone else will give him. No doubt, it is a safe way to live and the way most people do conduct their lives. It seems safe. If can be cowardly. Risk is part and parcel of the independent spirit that conquered this continent and built our way of life. It is the desire for cradle to grave security that effectively neutralizes pursuit of a dream. It replaces it with what someone else will give you. Your “could be” then becomes nothing more than “good enough.”

Principle #8 – Just do it! Life is growth, change, movement, and action. Death is the absence of those things. Some who read this are actually dead already. You need resurrection. You need life, energy, enthusiasm.

So what do you want? It sorrows me to know so many people who are afraid to allow themselves to even ask that question of themselves. I hope you aren’t one of them.