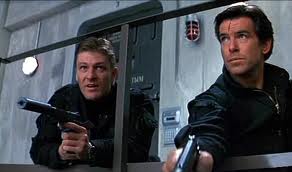 The scene is a Russian chemical weapons facility. James Bond, 007, and his partner on the mission, Alec Treveleyan, 006, are there on a mission of sabotage. As they enter the warehouse armed with explosives with senses on full alert, they turn to each other and say, “For England.”

In a scene from Thunderball, Bond has been captured by the bad guys and is in a verbal brawl with the villainess. She taunts him and he responds that what he has done he did “for King and Country” and for no other purpose.

It is a theme that is woven throughout the fabric of the entire Bond franchise – a dedicated agent taking risks, making decisions, and invading enemy domains for a noble reason. I’ve found it always interesting and often perplexing to watch the decisions and actions of us mortals. It seems axiomatic that we make decisions and pursue courses of action based on our core values.

It is important to assert that the core values come first and it is equally true that the actions and decisions we take will reveal our core values. Why we do what we do we do is revealed by what we have done. The decisions we make do not so much determine what our core values will be, although one could say that over time repeated actions will shape who we are. I believe it is more accurate to say that core values determine decisions, not the other way around.

Let me illustrate. I was working for a client which happened to be a mid-size mission agency. As an independent sub-contractor I billed my time hourly for the work I had contracted to do. In the course of my association with the agency I discovered and uncovered some issues that troubled my sense of ethics. It had to do with the handling of budgets and the mishandling of staff. At first I could dismiss it on the grounds I was an outsider and did not have all the facts.

Over a considerable amount of time I learned the facts and could not just pass it off. What I knew ran counter to my core values. So I discussed my dilemma and my decision to cancel my contract with that company with a friend who was the pastor of a small church. His advice was troubling…and revealing.

“Can’t you just ignore all that and do it for the money?”

Ok, perhaps some can and with those I won’t try to quarrel too much here. But I myself believe that we are not mere hired hands. Dictionaries define immorality as “the quality of not being in accord with standards of right or good conduct.”  The commission of  immoral acts for money, which by definition are not limited to sex, is prostitution, itself an immoral act.

When standards of right or good conduct are modified because of the enticement of money and when one willingly complies, an act of immorality has occurred. It happens every day everywhere.

But not to Bond. He does what he does “for England.” Bond regularly decided not to cave at the expense of grave personal risk and loss. Money was never an enticement. His core values had made that a certainty.

But money is not the only qualifier. So is position, title, even something so mundane as appearance or loss of peer approval. The pressures are there. If we give in to them, our core values are at once revealed and ultimately re-molded.

A core value system is what makes men, men. Bond did what he did for England. For whom or for what do you do what you do?

This series is called “Everything I Ever Needed to Know About Life, Leadership, and Love I Learned from James Bond. (If you’re just tuning in, you can find the earlier posts here, here, here, and here.)