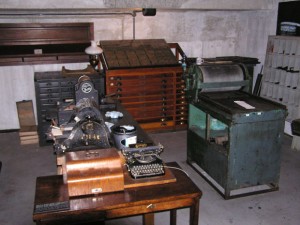 Self-publishing has historically carried something of a stigma. There was this underlying opinion that only those authors not good enough to win a contract with a major publisher would eventually self-publish out of vanity. This is, of course, not entirely true. I suspect major publishers might have been behind the idea, mostly to increase their stature by diminishing that of others.

There was a reason why publishing houses gained the strength and influence they did. They were products of their times and the technology that existed. They were very gifted at capitalizing on technology and had the resources to exploit it. Over time, they learned how to do what they did very well. And, because the logistics of distribution and production were costly to exploit, they could afford to risk their capital on only what they considered to be the best and most marketable works.

But, times have changed. The major publishing houses have allowed the confidence they had in their craft, their knowledge of the markets, and their capital reserves to harden their sensitivity to emerging trends – trends that will probable prove to be their undoing. The major publishing houses have been surprisingly slow to catch on to the technology of the day. They have been reluctant to modify or even abandon historical business models that at one time made them kings of their industry. 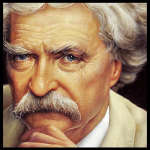 Just to ease your mind about the legitimacy of self-publishing, let me point to one talented author whose works you are doubtless familiar with – Mark Twain. He was a self-publisher. After “Tom Sawyer” was such a hit, he shrewdly decided that the profits he made for his publisher could just as well be his. So, he started his own publishing company. He was, at that point, a self-published author. Another successful self-publisher was Edgar Allen Poe. Here are a few more you might be familiar with:

Now, Twain discovered, as all self-published authors do, that publishing is not as easy as it looks. Nonetheless, the trend is unstoppably moving that direction these days. I have been published a number of times by major publishers. I do not intend to approach them again. Why? Here are 7 reasons why I self-publish and you should too.

What do you think? What other reasons can you think of that you should self-publish?

1 thought on “7 Reasons why you should self-publish”